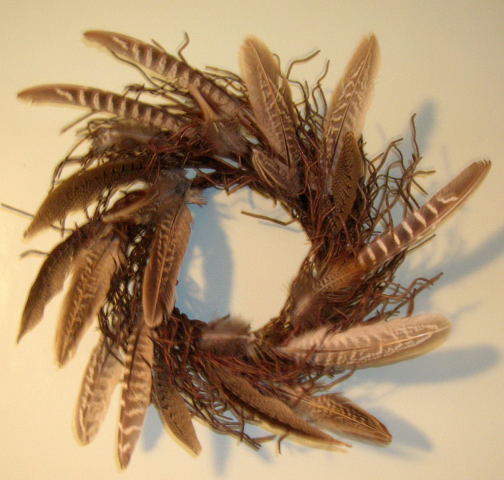 Water your new trees and perennials right up until winter frosts.

Remember, it's healthier to water one plant thoroughly than to lightly sprinkle an entire garden and leave everything still thirsting.

Some of my favorite places!

Thanks for stopping in!

I had a rose named after me and I was very flattered. But I was not pleased to read the description in the catalog: "No good in a bed, but fine against a wall."
-- Eleanor Roosevelt

This page will feature columns and other pieces that I have written.  If I use anyone else's work, I will quote them whenever possible.

Rhododendrons love a good pruning now and then.   I take care of a well-established “Rhody” at one of my jobs.  Actually, if this Rhody gets any more well-established, she’ll need her own zip code.  Right at the end of the bloom season is the best time to trim Rhododendrons and other spring-blooming plants, before they set next year’s buds.    Wait too long and you’re cutting off your flowers for Spring ’08.

I actually began trimming the bush when there were half a dozen blooms still hanging on.  Saving them for last, I got right in there with my clean, sharpened hand cutters and loppers.  I was working my way around the bush when I noticed a bird’s nest tucked in the shade of the overgrowth.  It could be a leftover from last year, I thought.  Then I saw the open beak facing straight up, waiting to be filled.  I moved out of the bush and saw the mother Robin hopping around on the ground-worm in mouth- beside herself with worry.  I backed off and let her deliver the baby food while I went to grab my camera.  The nest was fairly high in the bush but I figured I’d reach up and aim the digital camera down toward the nest without touching or disturbing anyone. I just wanted a photo or two and after taking three or four, I stopped to check the results on the camera’s screen.  What I saw was awesome and yet, I felt terrible!  Next to “my” chick was another one, still wet from hatching, and next to that one was an egg, still intact.  I had picked the worst time to bother this little family.  That mother robin had two mouths to feed and another one on the way.  No wonder she was so upset.  The protective nature of a mother is a primal instinct.  I know.  I have three boys of my own.  It’s difficult for their father and me to believe but our “baby” just graduated from 5th grade, our middle son is going on to 10th grade, and our oldest is graduating from High School! Where does the time go?  A mother was once heard to say “The days are long but the years go by fast”.  What parent can’t relate to that? Before we know it, it’s time to push those babies out of the nest and hope we’ve done our job well enough that they can fly.  That’s another primal instinct birds know about; although the task is a little harder for humans to accomplish.  Humans have even borrowed an expression from the birding world to describe the end result; Empty Nest Syndrome.

As I looked at my photos of the baby robins (with their mother fussing nearby) I knew that I wouldn’t be finishing my pruning that day.  That’s okay.  I’ve been pretty busy with graduation details anyway. Unlike humans, it only takes a couple weeks for baby Robins to fly the nest.  Soon enough, they’ll fly.

Soon enough, they all fly.

Note: This website is best viewed in a comfy chair, sipping your favorite beverage.